Study finds the horror of organ harvesting in China.

Apr.20.– Hundreds of Chinese doctors and other medical workers have been acting as 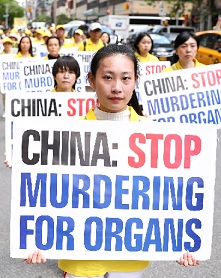 “executioners” for the state in order to sustain its lucrative organ transplant industry, a study published in a top U.S. medical journal has found.

The study, published in the American Journal of Transplantation on April 4, reviewed more than 120,000 Chinese-language publications on organ transplants and identified 71 papers where physicians had carved out hearts and lungs from people for transplant without first conducting a test to establish brain death—revealing that patients were killed for their organs.

A total of 348 medical professionals or researchers, including surgeons, nurses, and anesthesiologists from 56 Chinese hospitals spread nationwide, were co-authors of these 71 papers. 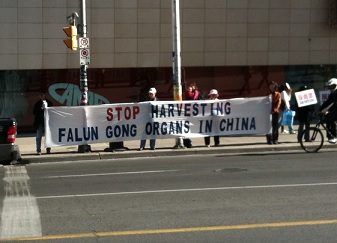 The problematic papers came out between 1980 and 2015, during which period there was no official voluntary donation system in place in China and few voluntary donors. The regime had claimed that most organs taken for transplant at the time came from executed prisoners. But in the early 2000s, reports and research emerged showing that Beijing was forcibly harvesting the organs from detained prisoners of conscience. These allegations were confirmed ...

The US Commission on International Religious Freedom (USCIRF) is an independent, bipartisan U.S. federal government commission, created in 1998 by the International Religios Freedom Act (IRFA). USCIRF Commissioners are appointed by the President and the leadership of both political parties in the Senate and the House of Representatives. USCIRF's principal responsibilities are to review the facts and circumstances of violations of religious freedom internationally and to make policy recommendations to the President, the Secretary of State and Congress.

Country chapters begin with a one-page overview of USCIRF's findings, the reasons for the country's designation by USCIRF, and priority recommendations for action. Each chapter documents events that took place over the reporting period, discusses relevant legal and human rights issues, emphasizes important elements of the bilateral relationship with the U.S., and details recommendations that would promote freedom of thought, conscience, religion or belief.

We have 841 guests and no members online