Geneva, June 16 (DP.net).– After a defiant speech, Pakistani rights activist Gulalai Ismail, who fled the country after authorities falsely accused her of sedition for her advocacy, received the 2021 International Women's Rights Award. 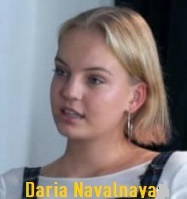 Tania Bruguera spoke about Cuban repression in spite of her connection being suspended by the government. As a political performance artist, Tania is committed to telling the world the truth about the situation on the island which has sparked the ire of the regime. She has been repeatedly detained, beaten and recently subjected to house arrest as the regime persistently interrupts her internet connection, which kept her from appearing at the 2021 Geneva Summit. 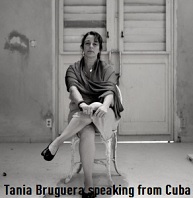 Ezequiel Podjarny was able to interview her and he spoke with Tania about the fight for freedom in Cuba and how she believes an intergenerational force of activists from a cross-section of causes are uniting to realize democracy, human rights and justice in the country.

To start, he asked her: "You were supposed to speak at the 2021 Geneva Summit, but this was made impossible due to the constant and intentional internet disruption caused by the Cuban regime. Could please tell us: What is the situation now like for you?"

Tania answered: "As you can see, the only way I can communicate is when the government isn’t aware of who I am communicating with. As soon as some announcement is made that I, or any other activist, is going to have a public forum to talk about what's happening in Cuba, the only telephone company in the country, which belongs to the government, cuts off the telephone and internet service to the activist. So, it is very evident that they do not want us to tell our stories to the world.

In my case, and the cases of several activists, we have been without telephone service for months. They don't let us leave our homes to meet with our peers. And, at the same time, they don't let us communicate with them in any form. The other thing that is happening is that the Cuban government a few months ago released an order that gives authorities the right to intervene in private communications, supposedly for state security. The problem with that is that the very idea of what constitutes “state security” could be justified as anything. The regime feels so fragile and insecure that perhaps meeting for drinks could be deemed a threat to national security". 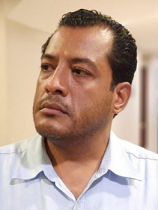 Nicaraguan opposition leader and presidential candidate Félix Maradiaga was arrested and beaten by the security forces of President Daniel Ortega's regime on June 8. Maradiaga is the third opposition leader to be arrested by the regime as pressure mounts ahead of the November 2021 election. However, at the 11th Geneva Summit he bravely testified, “I come here with a conviction and hope that the world will continue to support the struggle of my people to build a free and open society.”

Human rights lawyer and Iran policy expert Kaveh Shahrooz (GS'20) delivered a presentation on how the Iranian regime skews debates in the West to favor its policy preferences — a phenomenon that Shahrooz refers to as the "Iran Lobby" — at a virtual event organized by the Macdonald-Laurier Institute and National Union for Democracy in Iran. "A key role of the Iran Lobby is to viscously attack and discredit dissidents, both to create doubt in the minds of Western observers and also to disrupt unity among dissidents," explained Shahrooz.

The Geneva Summit is sponsored by a coalition of 25 human rights NGOs from around the world. This annual conference builds on the success and momentum of the previous gatherings, which have been widely acclaimed in the international human rights community.

We have 587 guests and no members online