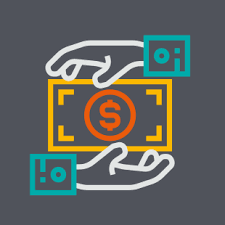 Transnational kleptocracy is a form of networked state capture in which political elites redirect state resources for their own benefit, launder their ill-gotten gains through the international financial system, and spend it in settings protected by the rule of law. Today, kleptocracy represents one of the most complex challenges to democracy around the world. In order to protect their ability to loot their own countries, these elites neutralize efforts to hold them accountable, effectively sidelining independent civil society or media. This dirty money also has harmful effects in the places where it is laundered and parked, corroding democratic norms, rule of law, and regional and international organizations.

Since kleptocratic elites deliberately weaken independent accountability in the countries where the theft occurs, victims of kleptocracy have little recourse for achieving justice domestically. Instead, strategic litigation in outside courts offers greater promise for pursuing justice. At the same time, these complicated legal processes require a transnational coalition of actors in order to be effective.

Over the last decade, a groundbreaking case of strategic litigation made its way through the French courts. In the Biens Mal Acquis (“ill-gotten gains”) case, French prosecutors set their sights on the leaders of Congo-Brazzaville, Gabon, and Equatorial Guinea for assets acquired on French soil. These assets were allegedly purchased with ill-gotten gains and involved fraud or money laundering, based on the vast gap between elites’ official salaries and the amount of wealth held by them and their families in France. On October 27, 2017, Equatoguinean Vice President Teodoro Nguema Obiang became the first actively serving foreign senior official to be tried and convicted in French courts on charges of diverting corruptly acquired funds into investments on French territory. He was given a three-year suspended sentence.
For civil society groups pursuing strategic litigation against kleptocrats in their countries, the case against Vice President Obiang provides several important lessons to consider:

Combatting networked kleptocracy requires networked, transnational action. For transnational coalitions to form, strengthen, and have impact, actors across geo-graphical and topical divides must be given the time, space, and resources to form alliances and strategize networked action.

back to top
If the machine of government is of such a nature that it requires you to be the agent of injustice to another, then, I say, break the law.
Henry David Thoreau

We have 873 guests and no members online