June 6.– Elon Musk says that Twitter is in “clear material breach” of their $44 billion acquisition deal and that he could “terminate” the agreement in response. In a letter sent to Twitter this morning, Musk’s legal team claims that Twitter has failed to provide him with information on the service’s spam bot problem and that he’s entitled to receive that 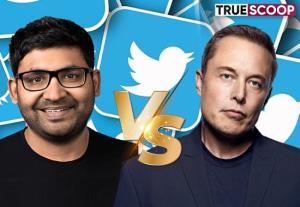 “Mr. Musk believes the company is actively resisting and thwarting his information rights (and the company’s corresponding obligations) under the merger agreement,” the lawyers write. The letter says Musk could choose “not to consummate the transaction” because of the alleged breach of contract.

Musk has spent weeks complaining about the spam bot problem on Twitter in what has appeared to be a strange effort to escape a deal he signed barely more than a month ago. Musk previously tweeted that the deal was “on hold” due to his concerns around bots and said the deal “cannot move forward” until Twitter proves the accuracy of its spam counts.

But it wasn’t until today that Musk made an official threat to ...

back to top
DICTATORSHIP IS THE FETISH WORSHIP OF ONE MAN.
Winston Churchill

We have 1231 guests and one member online